Dr. Sergio A. Giralt is a board-certified hematologist-oncologist, and my clinical activity and research focus on stem cell transplantation for patients with blood disorders. He trained and worked for many years at the University of Texas M.D. Anderson Cancer Center, where he was Deputy Chair of the Department of Stem Cell Transplantation and Cellular Therapies. In May 2010, Dr. Giralt joined the faculty of Memorial Sloan Kettering Cancer Center to lead the Adult Bone Marrow Transplant Service.

His research focus has been on improving treatments for older patients who have acute and chronic leukemia. He and his colleagues pioneered the use of reduced-intensity conditioning regimens for older or more debilitated patients with blood cancers. The development of these less intense and less toxic regimens has allowed us to perform transplants for older patients in a safe and effective manner and has changed the standard of care throughout the world. Dr. Giralt plans to continue this research in the context of the pioneering T cell depletion techniques developed at Memorial Sloan Kettering. This new approach has dramatically reduced the risk of graft-versus-host disease.

Dr. Giralt is an expert in the treatment of multiple myeloma. His research in this area has focused on developing new conditioning regimens for autologous transplant. He led the Myeloma Intergroup Committee of the Blood and Marrow Clinical Trials Network, which developed the current national study looking at the role of consolidation therapy after autologous stem cell transplant for patients with myeloma.

As a strong believer in collaborative science among large academic centers, Dr. Giralt has been involved in many multi-institutional projects and until recently chaired the executive board of the Center for International Blood and Marrow Transplant Research. He is also the past chair of the steering committee of the Blood and Marrow Transplant Clinical Trials Network, a federally funded group that defines the research agenda for stem cell transplantation in the United States.

Dr. Bart L. Scott is a medical oncologist specializing in the treatment of patients with myelodysplastic syndrome (MDS) and myeloproliferative neoplasms (MPN). He received his medical degree from the University of South Alabama and continued his postgraduate training with an internal medicine residency at Johns Hopkins Hospital, Baltimore. In addition he was a senior fellow in medical oncology, University of Washington; assistant chief of service, Johns Hopkins Hospital; senior fellow and head of the Unrelated Donor Program, Fred Hutchinson Cancer Research Center; and a senior fellow, Myelodysplasia Clinical Trial Development, Fred Hutchinson Cancer Research Center. Dr. Scott is an associate member of the Fred Hutchinson Cancer Research Center and associate professor at the University of Washington Medical Center, Seattle.

Dr. Scott is a diplomat, American Board of Internal Medicine and Board Certified in medical oncology. He holds professional memberships in the American Society of Hematology, American Society of Clinical Oncology, American Association for Cancer Research, American Society for Blood and Marrow Transplantation, and the Southwest Oncology Group. He is a reviewer for Blood, New England Journal of Medicine, Leukemia, and British Journal of Haematology, among others. Dr. Scott’s areas of interest include myelodysplastic syndrome and myeloproliferative disorders; he believes patient education is key so that the patient can guide the physician to meet his or her needs.

Professor David Marks received his medical education at the University of Melbourne and his clinical training at the Royal Melbourne Hospital. He was awarded FRACP in 1988 and PhD in ‘Mechanisms of cytotoxic drug action’ in 1990. He then moved to London to receive further training in stem cell transplantation with Professor Goldman at the Hammersmith Hospital as MRC/LRF fellow and senior registrar.

A three-year stint in Philadelphia as Assistant Professor in Haematology/ Oncology enabled him to set up a new unrelated donor transplant program and work in p53 research in acute lymphoblastic leukaemia (ALL). He returned to the UK in 1996 and was appointed to a consultant position in the Bristol BMT Unit (which he directs) and Honorary Senior Lectureship at the University of Bristol.

Professor Marks’ research and scientific papers focus on clinical aspects of stem cell transplantation (particularly the use of alternative donors), ALL and infection. In 1999 he worked to initiate the Clinical trials committee of the British Society of BMT, the first national transplant trial group and chaired that group for 5 years. In 2004 he was promoted to Reader and in 2007 to Professor at the University and was Lead Clinician of the Bristol BMT Unit from 2003-9 and 2014 till 2016. He received FRCPath in 2006. He is Transplant coordinator and Deputy Chair of the NCRI ALL working group and from 2007-2009 was President of the BSBMT. He currently chairs the Adjudication committee of BSBMT. He previously was Vice Chair (Europe) of the Advisory Committee of the CIBMTR and was Scientific Secretary for EBMT London 2013. He was the CI of the Improvit study, a large multinational study of fungal prophylaxis.

Thank you for participating in the CME activity.

For CME credit, visit Medical College of Wisconsin. Immediately upon passing the online test, you will get your certificate via email. 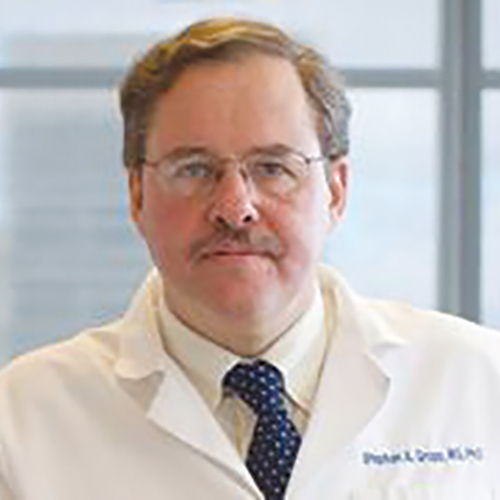